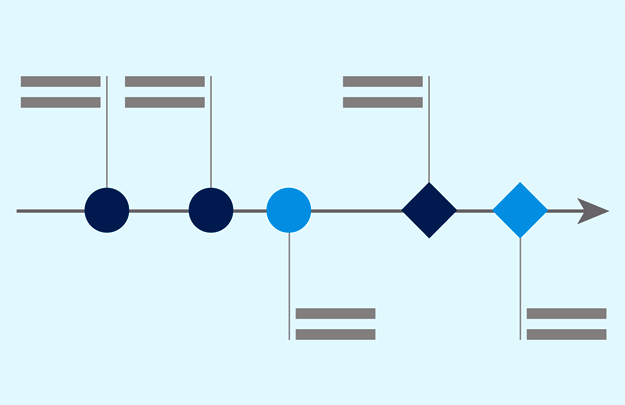 What moves the crypto community, where is the market potential, which trends can be identified? Which cryptocurrencies should you have on your screen in the second half of 2021? We’ll keep you up to date on the latest developments in cryptocurrencies.

Trading volume at Coinbase increases dramatically
Bitcoin hits $ 46,000 again
Dogecoin and Shiba Inu are among the top performers of the week
Largest theft so far in the history of cryptocurrencies on August 10, 2021

The Coinbase crypto exchange has seen a massive increase in trading volume. Compared to the previous year, this increased by more than 1,500 percent .

The Bitcoin has clearly berappelt again after a brief decline in early summer and is currently on track. Yesterday, the world’s largest cryptocurrency even cracked the $ 46,000 mark.

Dogecoin and Shiba Inu (SHIB) , like Bitcoin, were able to benefit from the current bull market. Both recorded double-digit growth over the past weekend.

In a hacker attack on the US company Poly Network , cybercriminals stole 600 million dollars (510 million euros). As the company announced, the hackers managed to divert the deposits of “tens of thousands” of customers to accounts they controlled. According to Poly Network, this is the biggest theft in the history of cryptocurrencies

Tesla might want to accept payment via Bitcoin again at some point – this vague statement on Twitter by CEO Elon Musk was enough to breathe new life into the recent sharp collapse of the Bitcoin price. Yesterday afternoon, the most popular cryptocurrency cracked $ 40,000 again, increasing by 13 percent in just 24 hours. Over the past few months, Musk has repeatedly directed the rates of major cryptocurrencies with his tweets. However, with this hottie, he is increasingly annoying private investors. With his constant change of strategy, Musk lost trust. Nonetheless, his tweets continue to have a major impact on the market. Current, however, you might be well advised,if you don’t make investment decisions based solely on Musk’s ever-changing remarks.

Tesla recently stopped its payment transactions with Bitcoin, referring to the catastrophic energy balance. This brought the prices of most of the major cryptocurrencies such as Bitcoin, Ethereum and Co. to collapse. According to Digiconomist’s Bitcoin Energy Consumption Index , the Bitcoin network currently consumes 117.6 MWh of electricity per year, which is the annual consumption of the whole of the Netherlands. Elon Musk also knows that this enormous energy consumption is not justifiable in the long term, especially in view of climate change. However, there are also more climate-friendly alternatives among cryptocurrencies . A prime example here is the Peercoin , for example . The climate-friendly altcoins are currently boominglike the Peercoin or Cardano . The prices for PoS blockchains such as Cardano (ADA), Polkadot (DOT), Stellar (XLM) or Kryptodino Peercoin (PPC) have increased by double digits within a few days.

While Bitcoin has fallen a bit in the last few days, the crypto currencies Ethereum and Dogecoin are reaching their highest price to date. Ethereum scratched at the $ 3,500 mark yesterday . At the beginning of 2021, the price was only around $ 1,000. The Dogecoin is currently showing an equally brilliant development . This cracked € 0.5 and with a market capitalization of around € 62 billion climbs to fourth place among the TOP crypto currencies by market value.

Musk also has a hand in the development of the Dogecoin’s price. After his Tweet “The Dogefather SNL May 8” , probably was referring to the dogecoin, got just that as a result of 0 , 26 US dollars to over 0.32 dollars . This corresponds to a price increase of an impressive 24 percent . The Tesla boss has repeatedly been influencing the development of various crypto currencies lately.

The interest in Dogecoin has risen sharply lately – you can also see this with a look at the market capitalization of the coin. There are currently 32,847,408,542 euros in circulation. This places Dogecoin in sixth place among the currently most popular crypto currencies.

Tesla parted with parts of its Bitcoin assets, which caused an uproar within the crypto scene. After all, Musk is considered one of the opinion makers and pushers when it comes to Bitcoin. His statements carry weight and can influence the course. When asked on Twitter, he said: “No, I haven’t sold any of my bitcoins. T esla sold 10% of its holdings essentially to prove Bitcoin’s liquidity as an alternative to keeping cash on balance sheet ”.

After most crypto currencies have had to give up in the last few days, many investors rightly ask themselves whether this would not be the ideal time to invest in digital currencies. The fact is that Bitcoin and Co. can currently be obtained at comparatively favorable conditions. Last week, for example, the Bitcoin price was around 7,500 euros higher. Many experts predict further growth potential. An alternative for all those who are currently shy of getting into individual crypto currencies could possibly be an investment in a diversified crypto fund or ETF.

In the past few weeks, the Bitcoin chart has only known one way – steeply uphill! But now there was a severe course correction last weekend. The Bitcoin price broke by around 15 percent (from around $ 61,500 to less than $ 53,000) within a few hours . He pulled other cryptocurrencies with him. Because it looked very similar with Ethereum . The price dropped from a good 2,400 to around 2,000 dollars . Most popular currencies suffered double-digit drops.

The only exception was the Dogecoin. In total, around 300 billion dollars have been lost in the entire cryto market in the last few days. Such price losses are nothing unusual, however. They could also be a result of the U.S. Treasury Department’s increased crackdown on the use of cryptocurrencies for money laundering. In addition, a partial crypto ban in Turkey could also be one of the triggers. The crypto market remains exciting!

In the last few days, the Dogecoin started another rally and first cracked the important $ 0.1 mark, only to continue to shoot up steeply afterwards. On Thursday it temporarily hit the $ 0.15 mark . The market capitalization, respectively the trading volume, has also increased significantly: Dogecoin can now place itself among the top 10 crypto currencies and is represented on the market with around 27 billion euros. This corresponds to a doubling compared to February.

March 19, 2021 – Bitcoin and Ethereum continue to be very popular with crypto experts

With his recent very accurate prognoses for the Bitcoin rally, the entrepreneur in the crypto currency industry Bobby Lee was able to make himself heard by many investors and community members. “I am convinced that this year there will be at least four to five times the increase. We’d end up at $ 200,000 – $ 250,000, ”said Ballet’s founder and CEO.

Ryan Watkins from the information service Messari assumes that Ethereum will overtake Bitcoin in the medium term. He sees reasons for this in particular in the consistent and constant further development of the Ethereum network and the new technology behind Ethereum 2.0. Watkins predicts that Ethereum can handle up to 100,000 transactions per second after the technology update. Bitcoin, on the other hand, is limited to two to six transactions per second.

CryptoCircle shows 5 reasons why ETH 2.0 should be better than Bitcoin:

Apart from minor corrections, Bitcoin has been flying high since autumn 2020 and is breaking new records week after week. Driven by announcements from PayPal and Elon Musk, the most popular cryptocurrency cracked the magical $ 60,000 mark last Sunday. Furthermore, the enormous increase is probably also due to the US $ 1.9 trillion economic stimulus program recently passed by Joe Biden .

Instead of investing themselves like other companies, PayPal enables its users to easily trade cryptocurrencies with PayPal Crypto :

After making course corrections in the meantime, Bitcoin is on the up again. Although the price of the most famous cryptocurrency is still well below the all-time high of 58,000 US dollars in February 2021, a downward spiral has been averted. In addition to Bitcoin, the stocks of numerous companies active in the crypto space have also risen. The current crypto hype doesn’t seem to be over yet. After consolidation in the meantime, Bitcoin can regain ground in the first week of March 2021.

Tesla boss Musk triggered a wave of sales with his comments on Dogecoin. Last Monday, Musk criticized the currency, whereupon the rate collapsed massively. “When big Dogecoin holders sell most of their coins, I fully support that,” said Musk. The Dogecoin rate has fallen by around 15 percent within 24 hours. Dogecoin is currently a fairly popular peer-to-peer cryptocurrency derived from Litecoin. The name and design are based on the so-called doge meme .

More information about the Dogecoin:

Anyone who last thought that the Bitcoin rally was over was wrong. Fired by Tesla boss Musk, the Bitcoin shoots to just under 40,000 euros in February 2021! It reached an all-time high twice in a row in a very short time – on February 9th and 12th, 2021 . Bitcoin is currently on everyone’s lips again. The course is currently being driven by hype in social networks and increasing acceptance by companies and investors. But is it currently still worthwhile for small investors to get started?

Nobody can predict how Bitcoin will develop. The fact is, however, that inexperienced small investors in particular can also lose a lot of money when trading cryptocurrencies. Anyone who invests in Bitcoin should be aware of this and, at best, not invest money that is actually needed for other financial obligations. Right now there is high volatility in the crypto market and short-term price falls are quite conceivable. If you want to try your luck, it is better to act with “play money”, which can be dispensed with in the worst case. It remains exciting.