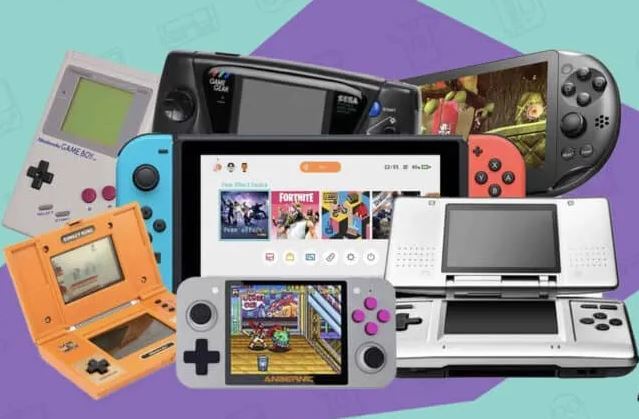 What are the most popular handheld games over the past 40 years? Many of you will probably still be familiar with the Game Boy. You may also associate childhood memories with this ingenious handheld. But what about MB Microvision or Atari Lynx?

Are you a nerd or are you just old enough to also know the retro handhelds of the 80s? If so then you may be quite familiar with some of the consoles on the following list of some of the most popular hand held games of all time (most of which came out in the last 40 or so years)

The first game released for the Game Boy was “Tetris”. However, other classic Nintendo games such as the games from the Pokémon series, The Legend of Zelda or Super Mario have also made a significant contribution to the Game Boy being able to achieve legendary status as the first handheld game console compatible with the general public. However, the Nintendo Switch has the potential to become a new bestseller in the handheld device market. To date, Nintendo’s innovative hybrid console has been sold 82 million times, making it third Most popular handhelds over time

Which handhelds were available earlier on and what did the games look like back then?

The slightly older gamers among us may still remember the MB Microvision. In 1979 it was the world’s first handheld with interchangeable games via plug-in modules and a pixel-based LC display instead of the LED display that was common up to now.

Before the Game Boy, there was also the Adventure Vision, which looks like a miniature arcade console. Equipped with a 733 kHz clocked Intel 8048 CPU and a 1 kB working memory, the Adventure Vision Games was able to display on a plastic disk illuminated by 40 red LEDs.

Atari Lynx – the first handheld with a color display

The graphics of the Atari Lynx were revolutionary at the time. Because it had a liquid crystal screen, which could display a resolution of 160 × 102 pixels and 16 colors from a palette of a total of 4096 colors. In contrast to the Game Boy (which relied on external light sources), with the Atari Lynx you could easily play in complete darkness thanks to the backlight .

The Game Gear – the sharpened Game Boy competitor in the nineties

The Game Boy’s fiercest competitor at the time was Game Gear. Although the handheld with color display from Sega was technically superior to the Game Boy from Nintendo , it was not able to build on the success of the Game Boy for a long time. This was due, among other things, to the selection of games, the significantly poorer battery life and the almost twice as high price.

Not really retro, but a bit strange: In 2003 Nokia released the NGage, a hybrid in the world of handhelds because it was also a full-fledged smartphone or mobile phone with Nokia’s in-house Symbian operating system. It also offered multiplayer, internet and PDA functions . In terms of performance, the NGage is located between the Game Boy Advance and the Nintendo DS. However, this device was not really a best seller.