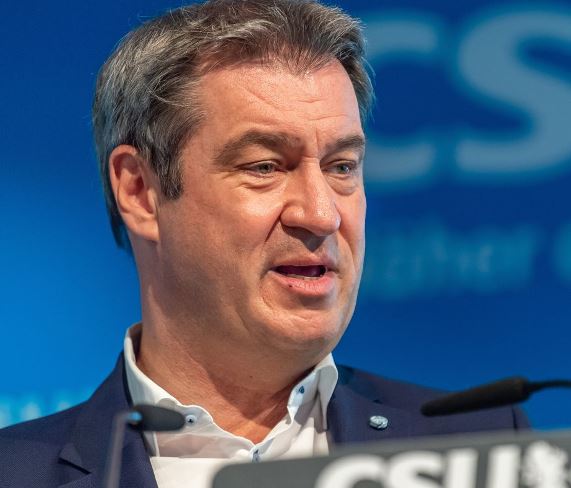 Germany: After the Union ranked just ahead of the SPD in two polls, CSU leader Markus Söder sounded the alarm at a presidium meeting of his party. He said the chancellor candidate discussion shows “how difficult the situation is”.

The CSU chairman Markus Söder is alarmed by the downward trend of the Union and the simultaneous upward trend of the SPD in current polls on the federal election . In the CSU presidium meeting, Söder said, according to participants, that it was not certain how the development would go on. The fact that there is a discussion about the exchange of the candidate for chancellor six weeks before the elections shows “how difficult the situation is”.

After the election, there is a risk of a traffic light coalition (SPD, FDP and Greens) or a left-wing alliance. “You can turn it, but it’s not easy,” Söder was quoted as saying. He himself likes to help and has also received requests from all over Germany to do more.

Polls: SPD only just behind the Union

A Kantar / Emnid poll was published on Thursday, according to which the Union is 22 percent, closely followed by the SPD with 21 percent. The Greens have 19 percent, the FDP 12, the AfD 11 and the Left 7 percent.

The RTL / ntv trend barometer also saw the SPD in second place ahead of the Greens and only two percentage points behind the Union. The CDU / CSU’s lead over the Social Democrats was last so narrow in March 2017. In the trend barometer, the greens and the left have each lost one percentage point compared to the previous week. Union, FDP and AfD remained unchanged.

According to the trend barometer, the number of non-voters and undecided remains at 26 percent. This means that the proportion of non-voters would be higher than in the 2017 federal election (23.8 percent).
Olaf Scholz recently clearly left Armin Laschet behind

The ARD Germany trend at the beginning of August also saw the SPD clearly on the upswing, but with 18 percent (+3) it was still well behind the Union (27 percent, -1).

Union Chancellor candidate Armin Laschet , however, clearly lost approval – especially on the direct election question. According to this, only 20 percent (-8) would have voted for Laschet if the Federal Chancellor in Germany could be directly elected. 35 percent (+6) would vote for SPD candidate Olaf Scholz , for Annalena Baerbock (Greens) only 16 percent (-2).