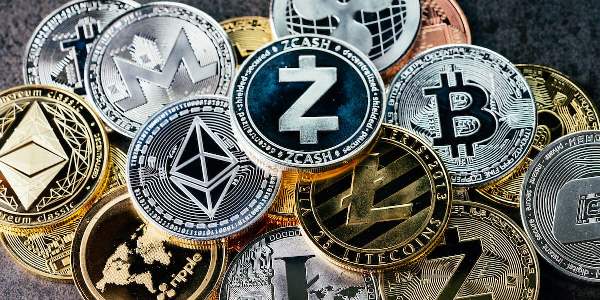 Behind the creation of the first cryptocurrency, Bitcoin, is an anonymous person named Satoshi Nakamoto. This person (or group of people) created Bitcoin in 2009. The interest of creating such a currency was to show that we could exchange flows (money), in a secure and free (or almost) without having to go through banks. Which is why banks are very often against Bitcoin and cryptocurrencies.

Currently there are thousands of crypto-currencies, virtual and decentralized, which are exchanged through Blockchain technology. If cryptocurrencies have evolved and Bitcoin is no longer the only cryptocurrency, there are reasons for this.

The Difficulty of Mining Bitcoin

When Bitcoin first came into being, there were very few people interested in cryptocurrency and Blockchain technology. A few people (probably a few hundred and then a few thousand) started mining Bitcoin, they had one or more computers and used them to verify transactions (as explained in the course “What is the Blockchain “) in return for a small commission.

In the first months and years after the arrival of Bitcoin, there were very few Bitcoin miners and the difficulty in mining Bitcoin was thus relatively low, making it a profitable cryptocurrency to mine. Gradually the number of people who became interested in Bitcoin and mining increased, at the same time the amount of Bitcoins available decreased significantly (Bitcoin is limited to 21,000,000 units), so it was more difficult to want to mine Bitcoin.

The Creation of Other Cryptocurrencies

From that moment on, miners began to optimize their computer hardware (processors) in order to provide better computing performance and consume less electricity, to mine more Bitcoin and more profitably. However, despite optimal confirmations, more and more miners have optimized their way of mining as well, which has increased the difficulty of managing Bitcoin.

This is how the need to create other currencies started to be felt and some people got down to it. Other currencies which require less resources for example (certain components of a computer, a graphics card or particular component of a processor) and which are easier to mine.